How to Tell if You’re Misclassified as an Independent Contractor 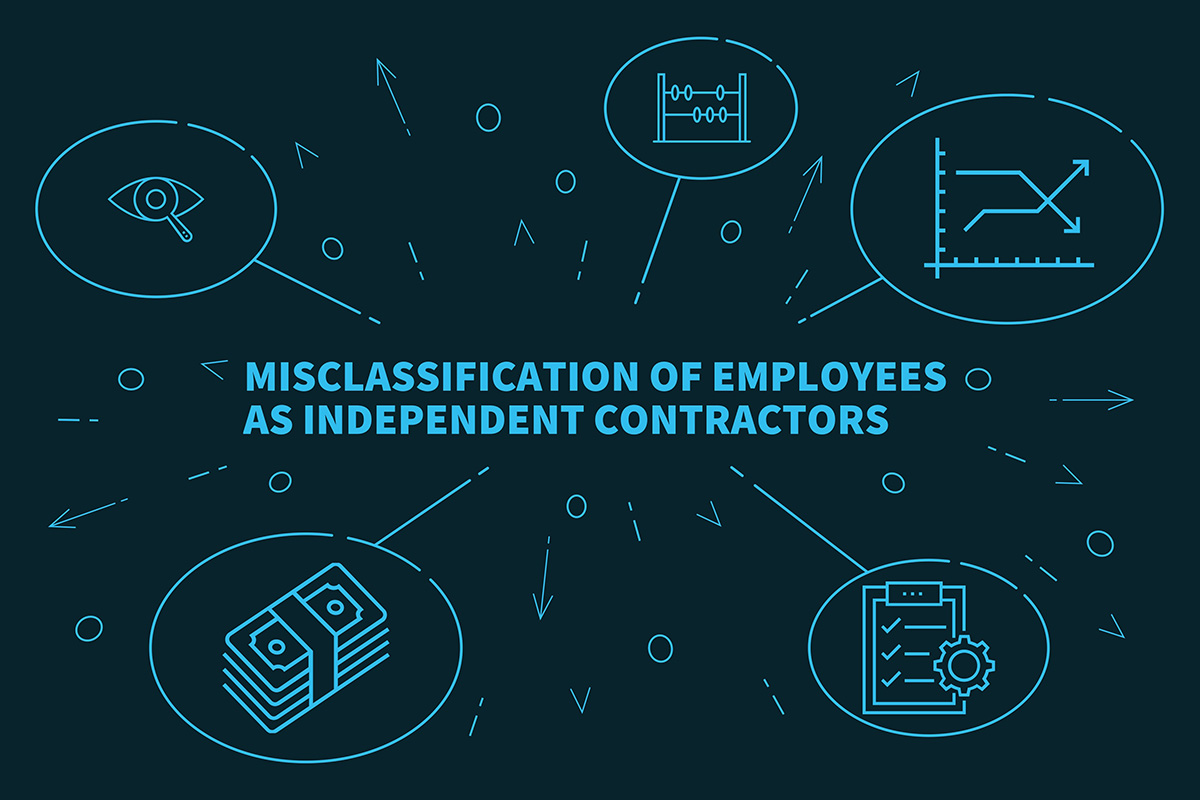 One of the most common ways that California employers take advantage of workers is by utilizing them as independent contractors instead of employees. Independent contractors are also known as 1099 workers because of the tax forms they’re sent by the businesses they work for rather than W-2 forms.

Although contractors may get paid hourly or weekly rates that are higher on the surface than what they may be paid if they were actual employees, they ultimately get less compensation due to missing out on all employee perks.

If you’re doing work for a business and receive 1099 tax forms or are otherwise considered an independent contractor, here’s what to look out for to determine if should be classified as an actual employee instead.

You’re doing work that is essential to the business.

If the work you do is essential to the day-to-day operations of the business you have a relationship with, there’s a good chance you should be classified as an employee and not as a contractor. In many cases, contractors start out doing work that can be performed by others, but eventually become integral to a business with no one else to pick up the slack should they terminate their contracts or become unavailable.

You do work that’s similar or even identical to the work of employees.

Sometimes businesses will bring on contractors to pick up extra work that their employees can’t complete. But when they do this, they should instead simply hire more employees. They may try to circumvent the costs of hiring additional employees by bringing in contractors, but ultimately, those workers are usually misclassified.

The business has a degree of control over your day.

Employees expect to give up their time to their employers during regular working hours. Whether they work at home or onsite, they must be available for meetings, training, and requests from managers and other employees. Contractors typically aren’t required to be immediately reachable or available for all of these, and if they are, they are probably misclassified.

Your work or income relies on a single business.

To be considered contractors in California, workers generally must fit all aspects of that role, including being licensed or incorporated and doing work for multiple businesses, individuals, or clients. When contractors do work exclusively for a single business, they should instead be classified as employees and thus given access to all of the perks of employment.

California’s ABC Test Helps Clear Up Any Confusion over Classification

Still unsure about whether you’re an actual contractor or should be classified as an employee? California’s ABC test is designed to simplify the process, and it includes the criteria above. Workers are considered contractors when:

The ABC test is used to clarify employment status in many industries in California, and it’s how our Orange County employment law attorneys begin the process of determining whether our clients are being treated fairly by the companies they get paid by.

Don’t Miss Out on the Pay, Benefits, and Perks You’re Owed

When a company denies you employment status, it also denies you health insurance, workers’ compensation, a reduced tax burden, and much, much more. Unless there’s plenty of proof that you’re an independent contractor, you’re probably misclassified and should instead be considered an employee. But convincing the company you work with of this discrepancy isn’t easy, especially when it comes to changing your status and getting access to the benefits you’re missing out on.

At Jafari Law Group, our legal team believes that California workers deserve to be accurately classified depending on the work they do, and that companies should be held accountable when they try to cheat the system by misclassifying those workers. If you suspect you’re misclassified, contact us today for a free consultation.